Bred by Tauranga’s Rob Somerfield (Glenavon Roses), Quintessential not only received the Gold Star of the South Pacific last weekend, it was also the pick of invited guests who voted it the best-looking rose in the trial before the awards were announced.

“It’s been a favourite of mine for a while” Rob says of the rose, which will be released in New Zealand within the next two or three years.

Rob,  who now has seven Gold Stars, also received a Certificate of Merit for the patio rose Purple Pizzazz.

The Nola Simpson Novelty Award went to Eye of the Tiger, a single yellow bloom with a striking red ‘eye’ bred by Chris Warner of England and entered by Tasman Bay Roses of Motueka. 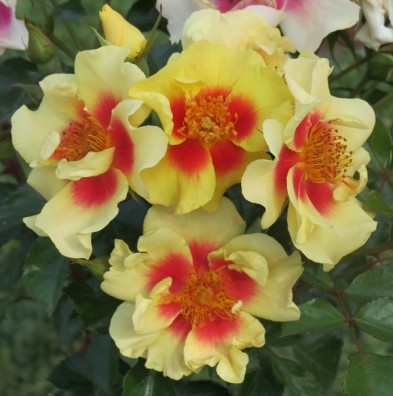 Matthias Meilland, a member of the renowned Meilland rose-breeding family of France, presented an interesting lecture on how new roses are developed and commercialised around the world and spoke of the importance of rose trials for testing and promoting new rose varieties. Mr Meilland planted a Peace rose (bred by his grandfather) close to the trial beds in the Dugald Mackenzie Rose Gardens, part of the city’s Victoria Esplanade Gardens.

The New Zealand Rose Society trials are now into their 46th year and test new varieties from New Zealand and international rose breeders and are assessed over two years by a panel of 20 judges. Those roses which have gained an average of 70% are recognised with awards to reflect the consistently high performance they have achieved during the trial period.

If you’re interested in how new roses do in your part of the country, get hold of a copy of the New Zealand Rose Review – this year’s edition includes reports on 91 newer-variety roses, the most ever. 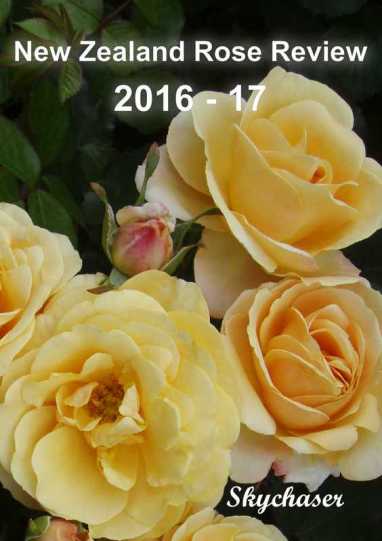 Produced by the New Zealand Rose Society with leading rose nurseries and breeders advertising their latest releases, the full-colour guide also features the favourite roses of NZRS members, as well as the winning roses from trials in Palmerston North and Hamilton.